several years ago, i needed to learn how to make unity go fast, and wanted to dork around with some procedural 2d animation ideas i had in the back of my head while doing so.

so i pixel pushed some primitive grey-scale sprites, a base skull, circles and ovals and whatnot.  tinted and stacked them and built this guy out of them: 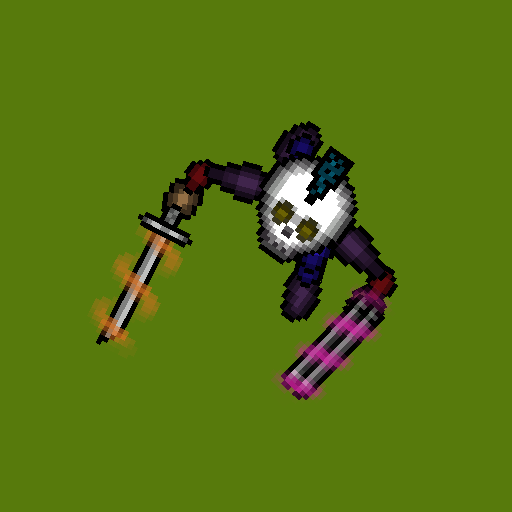 his name is skullhead.  he's based off a funny idea my buddy's kid told me many years before: "you're a skull and you have a shotgun and you shoot skulls at other skulls."  pretty solid concept.  i gave him a mohawk and a sword and made everything glow neon magic because that's the sort of thing you get to do when you make videogames. 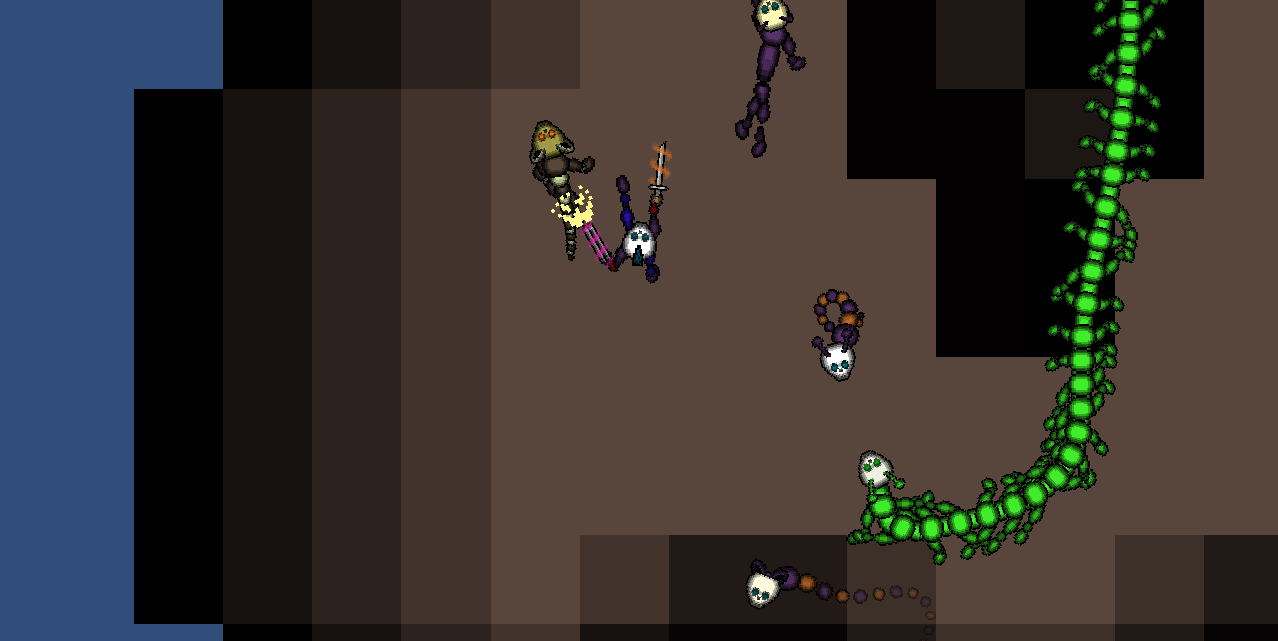 once i had a cool looking stack of sprites i worked on basic leg, torso and arm animation systems to move them around relative to each other.  these systems have become some of the most complex in the whole game over time.

each pair of legs figures out when and where to step on their own, based on where their body is moving. there can be hundreds of pairs of legs onscreen at once, so that code needs to be fast.

the arms also figure out what to do on their own.  well, they have a weapon that does targetting, and tells the arms and shoulders what to point at and when to recoil and such.  moving around also influences the shoulder rotation, which makes for a pretty groovy procedural walk cycle.

so once i had that figured out for skullhead, i started building some things for him to interact with.  above you can see there are already some floaty worms,  a giant modular stretchy centipede, stretch doggy waggys and even the more complex catracoon- which has a central spine and tail controller.

the stretchy centipede was incredibly satisfying to get running. 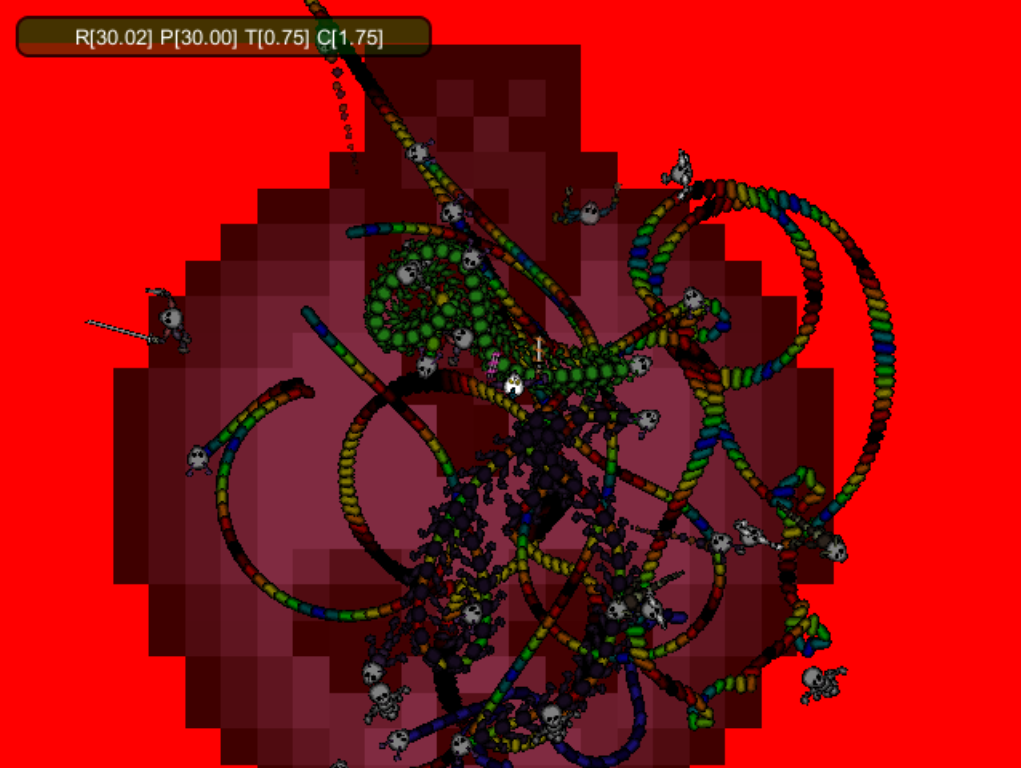 above is another super early screenshot.  some of the critters in that one have long since been removed from the game, like that weird yellow and brown snake or that bald guy at 10 o'clock with the long sword and tiny gun.  hungry's there though.

at the time i called this mess 'graffiti mode' where everything you defeated stayed on the screen until it needed to be recycled.  this is a precursor to what happens now, where every skull and bulletcasing remains on the screen. 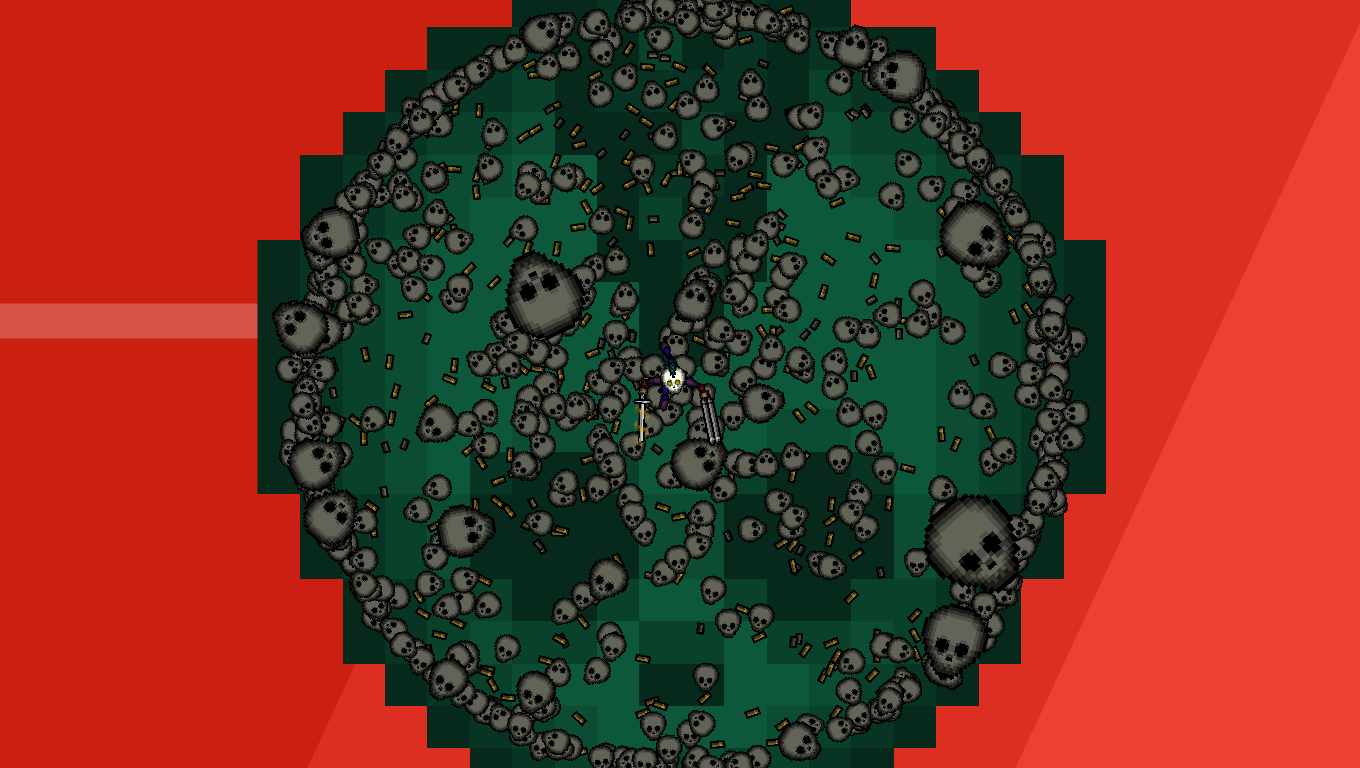 i almost immediately decided that getting rid of the bodies and just keeping skulls and casings around made for a much more consistent background.  at this point there were hundreds of skull sprites on the screen (now they get stamped into a texture). 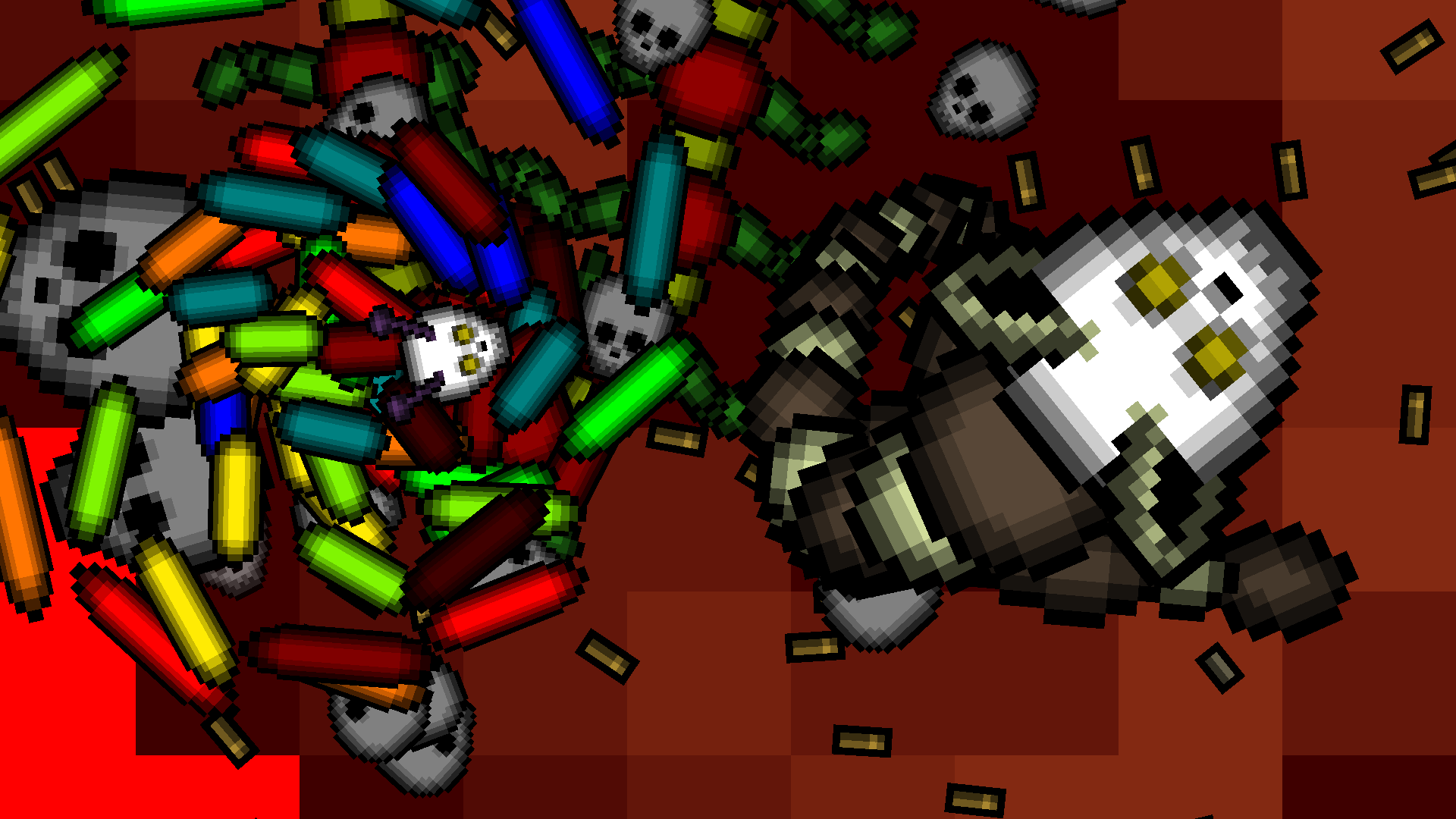 here's another screenshot from around the same time.   things are starting to look a lot more like a chaotic videogame with bosses and stuff.

i'll share some more of the origins of skullheadworld soon!